When I started my undergrad I knew I was interested in human evolution.  This interest developed into a fascination with our closest relatives.  I wanted to understand where we came from, so studying the animal we last shared a common ancestor with seemed like a good place to direct my focus.  As a result, I spent the summers of 2010 and 2011 in the Southwest province of Cameroon, collecting ecological data on chimpanzees and gorillas.  I have only rarely gone into detail about these trips in The Ratchet but they were transformational experiences for my career as an evolutionary anthropologist.  And finally, three years after my first trip to Cameroon, Folia Primatologica published my first official academic paper based on my research findings from those trips (e.g., Last & Muh, 2013).  It is all very exciting, but the most rewarding aspect of this publication is that I believe it tells us a little bit about both our closest relatives and human evolution.

Conservation efforts are integral to the survival of all chimpanzee populations, however the population situation in Cameroon is probably worse than average.  This is because Cameroon has become an international hub for chimpanzee trafficking, and because there are no long-term field sites dedicated to chimpanzee research (Ghobrial et al., 2010).  As a result, we have very little data on the demographics, habitat, and health of these populations.  All populations are also unhabituated, meaning that they are deathly afraid of humans, and consequently it is impossible to study their behaviour.

As you might have guessed, that made it very difficult to collect data.  I couldn’t study chimpanzee behaviour in Cameroon, but I could study what they leave behind: nests and tools.  What I found is quite straightforward: chimpanzees in human-dominated landscapes prefer to nest arboreally (in trees), whereas chimpanzees in isolated-landscapes sleep both arboreally and terrestrially.  These findings may seem intuitive, but they offer conservationists in Cameroon an easy way to detect whether chimpanzee populations are under human threat.  In the future, conservationists should be able to tell whether a previously unknown chimpanzee population is feeling external anthropogenic pressure just by detecting the variability in nesting patterns.  Understanding this variability may also be a promising way to test for successful conservation initiatives designed to reduce human-chimpanzee conflict in rural areas.  Of course, future research is necessary to determine whether this is a general rule among this subspecies of chimpanzee, or whether more complex patterns emerge when other variables are controlled.

These findings also offer some clues regarding our own evolution.  Humans are well adapted to terrestrial living, but our closest relatives are not.  Chimpanzees knuckle-walk and are primarily adapted to an arboreal lifestyle.  We also know that our distant ancestors were likely arboreal knuckle-walkers (Kivell & Schmitt, 2009).  Anatomical evidence suggests that our ancestor’s had adjusted to a partially terrestrial existence by 4 million years ago (Lovejoy, et al., 2009), and possibly earlier (Pillbeam & Young, 2004).

Several hypotheses have been proposed but there is no universal consensus.  In all likelihood there were several environmental pressures.  However, my data suggests that predation may have played a pivotal role in the evolution of terrestrial existence.  Since the key variable for chimpanzee terrestrial night nesting was the presence/absence of a formidable predator (i.e., us), it is plausible to suggest that arboreal night nesting confers some important protection from predation.  In areas where there were little to no predation pressures, chimpanzee sleeping site selection was far more relaxed and variable.  The advantages to nesting terrestrially may not be obvious in a rainforest, however nesting terrestrially does have the added benefit of increasing niche flexibility.

In our distant past, the threat of aggressive social predators would have been high, and competition for food would have been fierce (Vermeij, 2010).  Arboreal night nesting would have been the best strategy to avoid predation at night.  This has been confirmed by primatological studies that indicate primate sleep site selection is determined by decreasing the likelihood of attack from a nocturnal predator (Anderson, 2000).

However, during one transition to terrestriality, our ancestors started nesting on the ground.  Bipedality itself likely evolved before this in order to save energy and carry food resources/infants across savanna landscapes (Ishida, 2006).  During this transition our ancestors were likely a terrestrial/arboreal hybrid, utilizing bipedality for travel and nesting arboreally at night.  So at some point the benefits of sleeping terrestrially outweighed the risks of predation.  It is unclear at the moment when exactly this transition occurred, but it is plausible to assume it had happened before the emergence of Homo erectus, and possibly even before the emergence of the genus Homo.  If this is the case, fire and tool construction may have played an important role in the permanent transition to the ground.  Future research will be needed to answer those questions.

As I stated above, as an undergrad I knew I wanted to better understand our origins.  I feel as though my first real research trip accomplished this.  It is by no means revolutionary, but it adds to the discussion.  Our closest relatives have a hard time nesting at night, largely because of human pressure.  Ironically, these pressures may be similar to those encountered by our ancestors throughout our evolution.  Finding a home has always been problematic.  In the future, I hope I can continue to utilize primatological research to inform our understanding of our species origins.

If you want to read the article – link here. 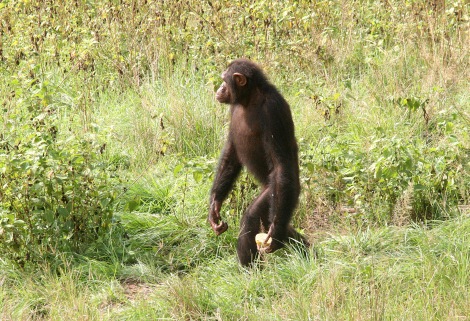 Kivell, T.L. & Schmitt, D.  2009.  Independent evolution of knuckle-walking in African apes shows that humans did not evolve from a knuckle-walking ancestor.  Proceedings of the National Academy of Sciences of the United States of America, 106: 14241-14246. 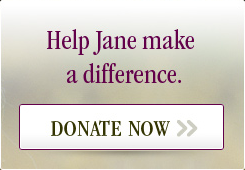 3 responses to “Evolution of Chimpanzee and Human Sleeping Patterns”